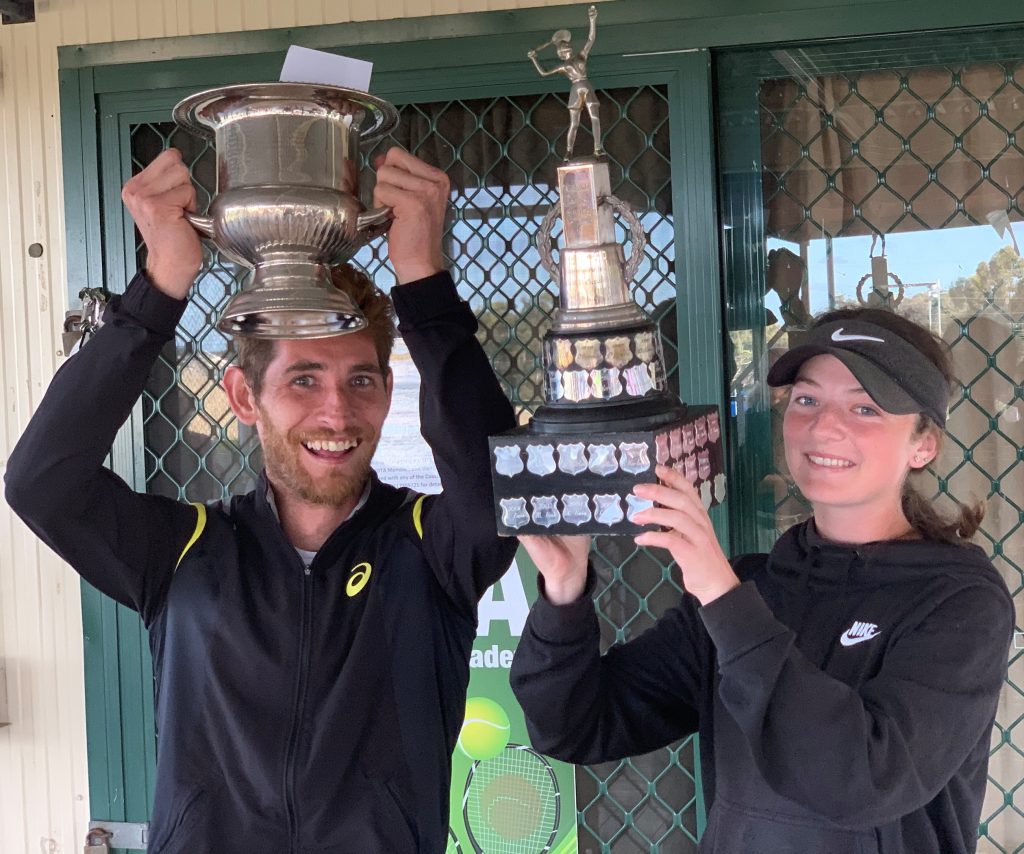 The 2019 MUDTA Open Age Club Championships, sponsored by the Mollymook Golf Club,  was held on November 9 and 10 and was a celebration of local tennis with club members enjoying a social but competitive atmosphere across all of the events.

The Open Women’s Singles was this year won by the event favourite, Natasha Phillips-Edgar, with a deserved mention going to the runner up and 3rd place getters, Keitara Matthews and Emily Upsall, who both played some outstanding tennis against Natasha and should be commended for their willingness to take on the challenge of playing a stronger opponent.

The Men’s Singles was a strong field with Hayden Meyers seeing out Kevin Murphy in a tense and captivating final that was a great example of the spirit of club tennis with both giving the match everything they had physically and emotionally whilst respecting and enjoying each other’s competitiveness.

The Women’s Doubles was won again by Kerri Cassidy and Deb Loves. The feature of this event was the time it took to get eventual winners from the best of 3 set matches across the entire event making the win by Kerri and Deb well-earned and deserved.

The Men’s Doubles Final had coach Kevin Murphy pairing up with one of his star juniors Tyrone Matthews up against the seasoned Paul Metzler and Ryan Murphy who turned out to be too strong and took out the event.

The weekend was wrapped up with a highly entertaining Open Mixed Doubles Final in which Natasha Phillips-Edgar and Hayden Meyers overcame Ryan Murphy and Deb Loves in a thrilling tie-breaker in the third set.

Many thanks to the Championship Committee Pauline McIlveen, Paul Metzler and Kevin Murphy as well as the hard working kitchen queens led by Jennie Rutherford and Barbecue buddies Kev and Len. We are also very appreciative of the generosity of the Mollymook Golf Club for their sponsorship of the presentation barbecue dinner and prize money.

A full list of winners and runners up in all other events is below.

See the Gallery page for photos