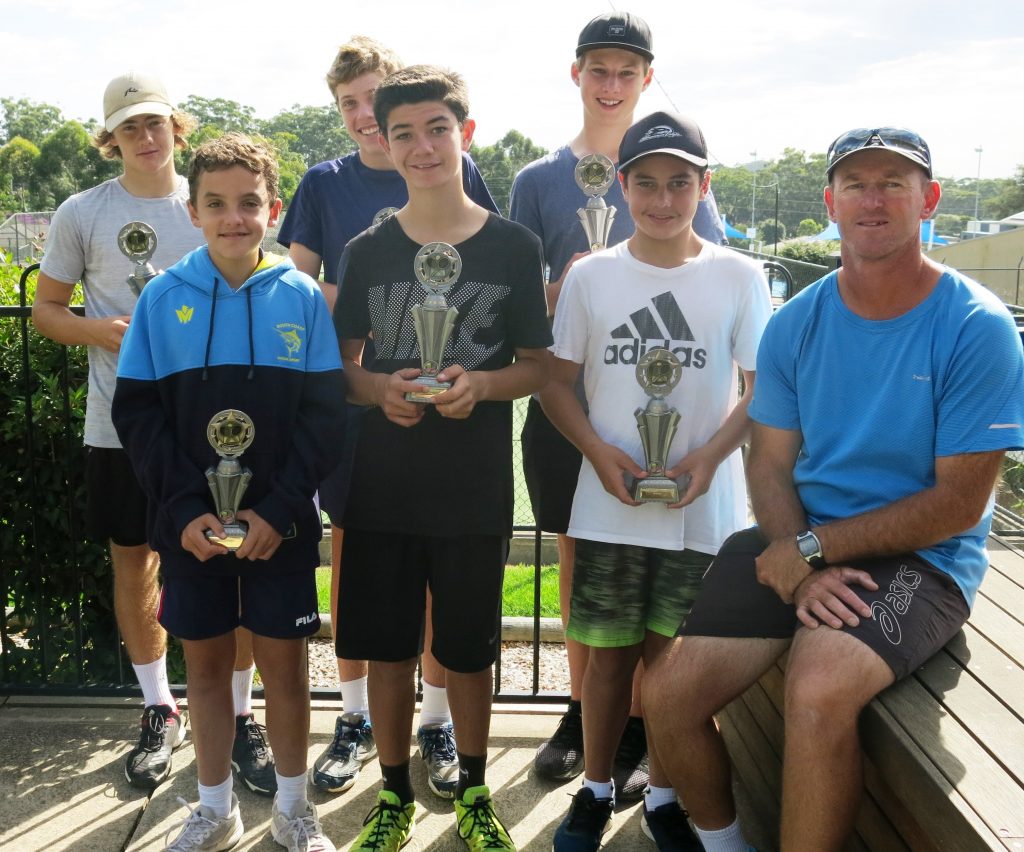 The finals of the Spring/Summer Junior Competition was held on Saturday April 6 with both matches very close.

In Division One the top team of Tyrone Matthews, Andrew Gunn and Reese Manasseh just got over the line by winning 25 games to 23 games from Isaiah Lewis, Will Hatcher-Nee and Elijah Pride.

In this match 3 of the 6 clashes finished at 4 games all with Tyrone and Will each winning their singles set.

In Division Two the team of Byron Powell, Tiahna Pinches, Kolt Pinches and Bailey Bergin – who were undefeated all comp – triumphed over Poppy Gillespie, A.J. Capogreco,               Ashton Gumley and Tayla Makarenko by 37 games to 27 games

This was also a close match with 4 of the 6 sets played finishing at 4 games each. Tayla, Kolt and Tiahna were all playing in this competition for the first time.

Byron’s success will see him now progress to Division One in the next comp.

Congratulations to all players on some great tennis played in a very sportsmanlike manner.

Winners and runners-up were presented with trophies by co-ordinator Kevin Murphy after the game while enjoying a sausage sizzle sandwich.

Anyone wishing to play next comp, beginning May 4 must get their names to Kev ASAP. 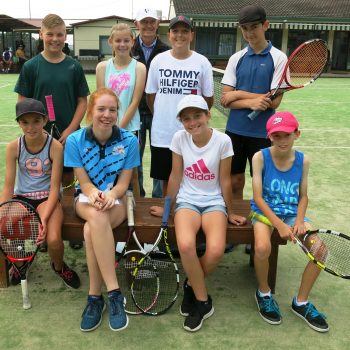 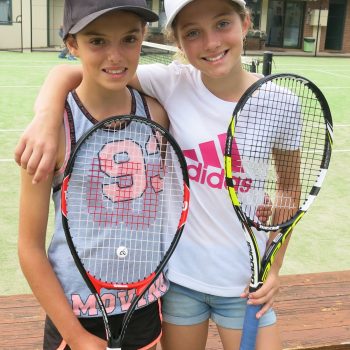 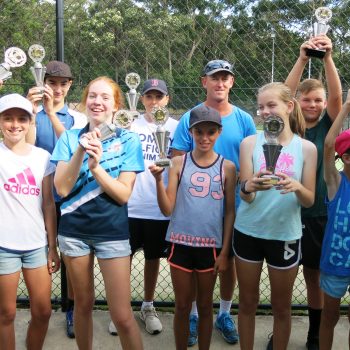