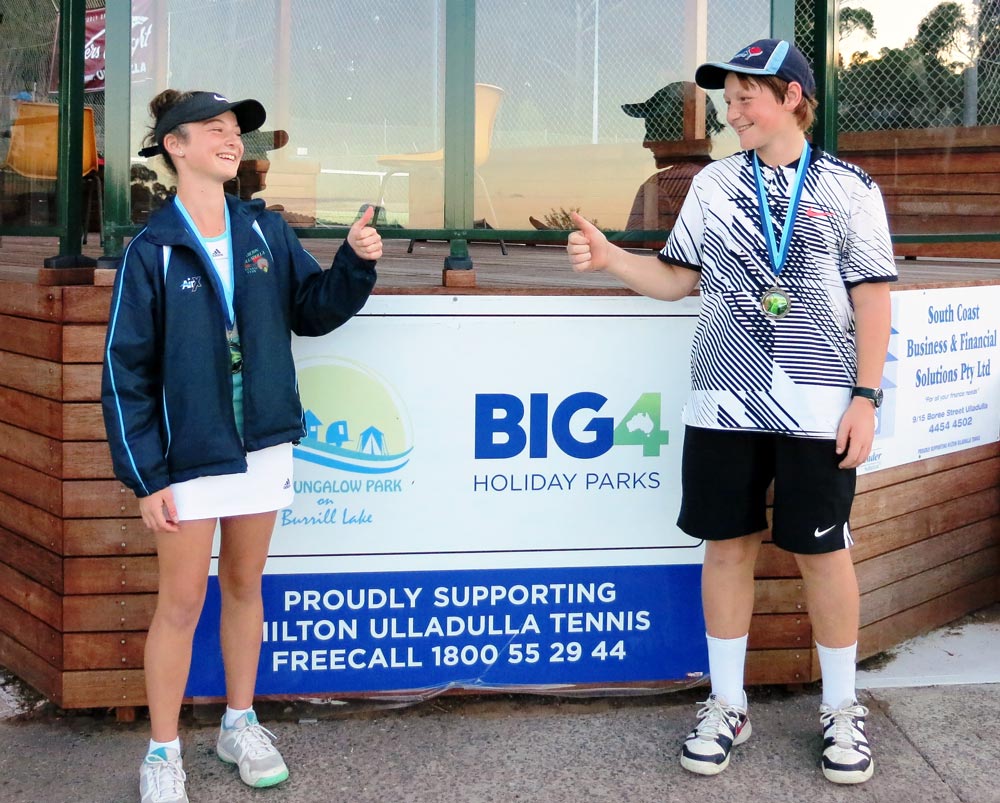 During the first week of the school holidays three local and one ex-local junior player spent a gruelling week in Forster competing in the NSW Country Championships and the Australian Money Tour (AMT).

Anton Willett, Riley White, Natasha Phillips-Edgar and Chilee Roland joined a field of over 300 players.
The tournament, open to any registered regional NSW player, is a week-long carnival where players can earn points to improve their ranking level in Australia.

Riley was unlucky to have a  first round exit from the 14 years singles main draw but recovered well in the consolation draw with 3 successive wins against higher ranked players but finally succumbed to the 5th seed in the consolation semi-final. He doubled up with Patrick Muller from Nowra to reach the quarter finals.

Natasha did very well in her singles matches to defeat the 5th seeded girl in the 15 year age group but was a little disappointed in not making it further through her draws after facing stiff opposition because from the 5 events that Natasha played every opponent that knocked her out went on to play the final and 4 of them won the events. She also teamed up with Katie Green to reach the quarter finals of the 14 years Doubles.

Riley and Natasha played together in the mixed doubles and recorded 2 nice wins before making an all-South East Region quarter final which was a match played high in intensity and great in spirit. Although the result ended Riley and Natasha’s involvement it topped off a fabulous week with a very enjoyable match.

Anton Willett, back from an intensive coaching experience in the USA achieved some excellent results. He and

Paul Warren from Bega were runners up in the country Australian Money Tournament (AMT) in the 18 years doubles, and he came 3rd in the singles of the 18 years boys AMT. Anton is now ranked number 449 in Australia.

Chilee Roland, formerly from Manyana and now living in Sydney, reached the quarterfinal of the 14 years Main draw singles and doubles events and the 15 years singles.