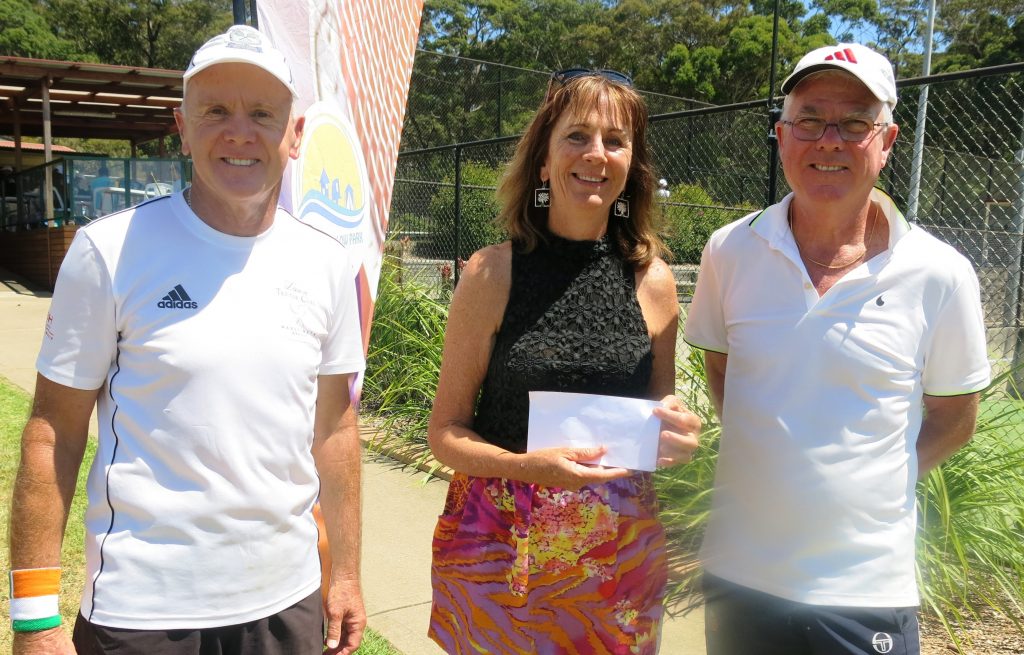 The weather couldn’t have been more perfect for the Ulladulla Seniors NSW Tournament on the weekend of the 15th, 16th and 17th of February
when players from all around NSW, ACT, Victoria and further afield competed in the 21st annual BIG4 Bungalow Park on Burrill Lake Seniors Tennis Tournament.

Under the very efficient control of tournament director Mary Lou Barclay and her deputy and right hand girl Val, a wonderful weekend was had by all, proving to be another highly successful tournament which brings quality tennis to our district and helps the economy enormously, with many players staying on for a few more days’ holiday.

This year’s standard was especially outstanding due to the new players that the tournament attracted, especially in the younger age brackets 45 years – 60 years for both ladies and men’s doubles events.

Several of the visiting players have represented Australia at an international level where they have been successful in becoming world champions including the men’s international number 1 ranked singles and doubles player in the 65-70 age group Andrew Rae, from Melbourne who successfully defended his 2018 title in the Men’s singles event against David Rouse who is 16 Years younger. Andrew also won the men’s doubles with Ian Davey.

On the social side many players and their supporters stayed behind or returned on Saturday night for a delicious barbecue dinner catered for by our hard-working committee, serving over 120 meals.

A huge thank you to all players for your sportsmanship and friendliness on and off the courts. Many players limped home very tired and sore on Sunday but nonetheless very happy to have participated. Congratulations to the winners and runners up in each event. We hope to see you all again next year, but you must get your entries in early or you might miss out.

We owe a great debt of gratitude to our very generous prize money and major raffle prize sponsors Catherine and Quentin Schofield from BIG4 Bungalow Park on Burrill Lake.

Thanks also to Mitch and Michelle from Bakers Delight Ulladulla, raffle prize donors, Kay Philip for her Mollymook Beach House Holiday, Tennis Jewels for the clothing voucher, Kev Murphy the club coach for free tennis lessons, Burrill Lake Cellars for the lovely wine and beer package, Val Crook for the lollies in the jar and Finer Foods, Bateman’s Bay who donated fresh lobster and oysters.

Many thanks to all who helped in any way from workers, cooks and cleaners and those who just turned up to watch.

See the gallery page for photos from the weekend.