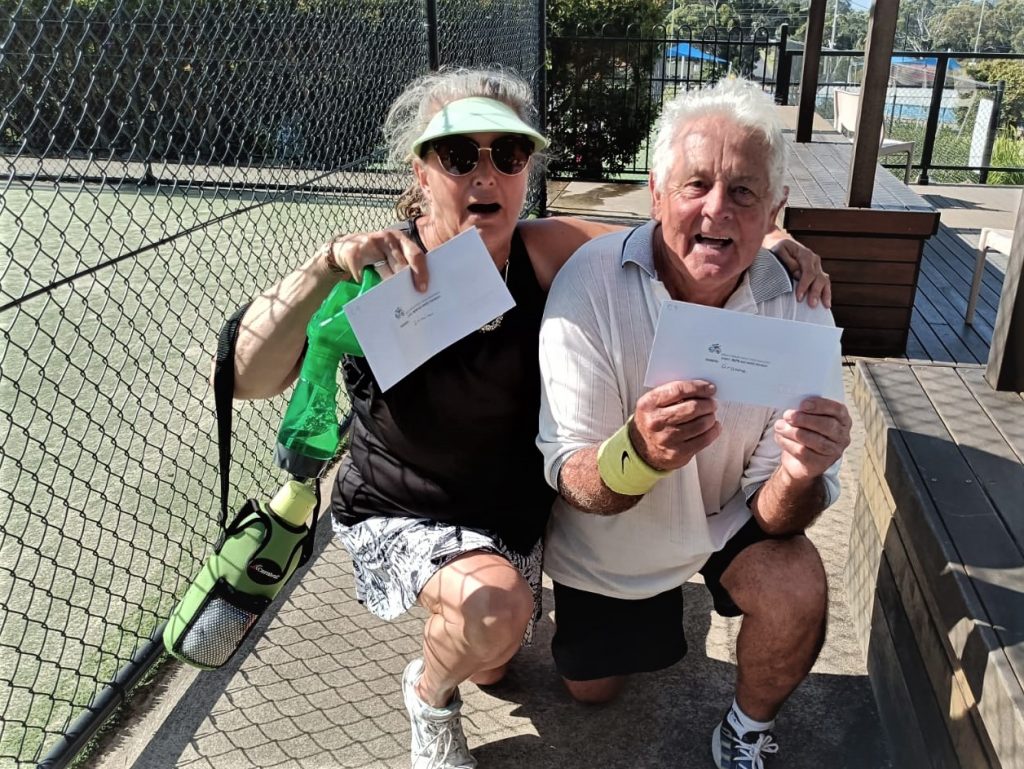 The weekend of 18-20 February saw perfect weather for the 3 days for the Ulladulla Summer Games. This year we had 230 players, the largest number for this tournament, of which for 60 players, it was their first time to Ulladulla. Our youngest player was aged 32 and our oldest was aged 90. How amazing for our oldest player, Ron Lewis, to play the singles and both men’s doubles events. He did himself proud and is so fit for his age.

All 12 courts were full for the Singles event with 44 men and 12 women taking to the courts. The Singles results for nearly all sections were extremely close with the majority of players winning their section by 1 game.  It was great to see more of the younger players, aged 32-55, taking part in the singles event this year. All promising for the future as many of us are getting older, which was evident by a number of pull-outs just prior to the tournament due to injuries. A huge thank you to the players who came into the tournament at the last minute. Some with a few days’ notice, while others the morning of!!! I realise this tournament fills up very quickly, but how fortunate to have a reserve list to draw on.

As usual the Ladies and Men’s Doubles provided some amazing tennis. And of course, the Combined Age Mixed Doubles on the Saturday afternoon proved to be a lot of fun. Interesting to see the results with some of our regulars and many of the new players to Ulladulla taking out the Winners and/or Runners’ Up prizes. However, the win of the tournament goes to the gorgeous and fun loving, Graeme Hissey in the Age Mixed Doubles on the Sunday afternoon. His first win of any tournament. I think Graeme has framed his white envelope.

Once again, the wonderful Kay Philip provided her Mollymook Beach holiday house for a week’s accommodation as part of our raffle. The winners, Des and Cathy Linehan from the ACT were most excited to win this prize. Our 2nd prize, $500 accommodation voucher from Discovery Park Burrill Lake went to Peter Gumley. Vicki Ratliff from the ACT won the 2 tickets to the ATP Cup and Amanda Koorey from Kiama was very happy with the Tennis Jewels clothing prize. Tennis NSW South East Region donated $250 which became the wine packages in the raffle. Thank you to all our players and visitors who supported the raffle.

Our Saturday night dinner was catered for by a local catering company, Hacketts, also a wonderful addition for the evening.  A huge thank you to all the players who supported our tournament and for making it so enjoyable and a wonderful place to be for the 3 days. And last but not least, thank you to our many volunteers and committee members for bringing the tournament together.

Ms Barclay states the events’ monumental success was a result of the strong local tennis community as well as the reputation the club has gained through word of mouth. The tournament has become such a popular annual event that there is now a waitlist for competitors. 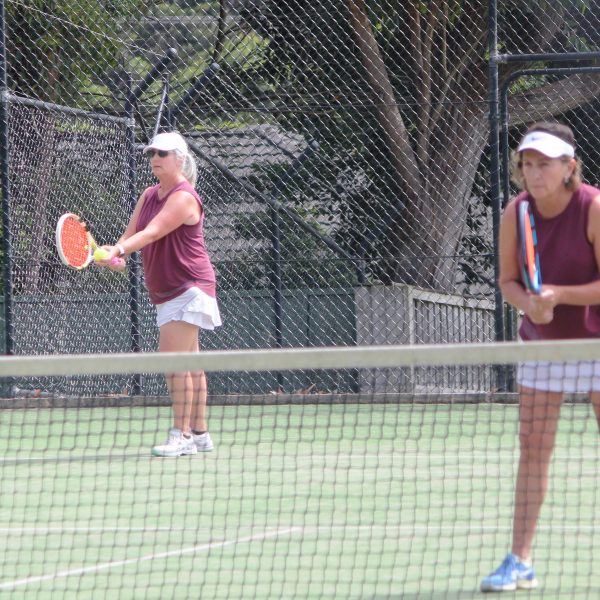 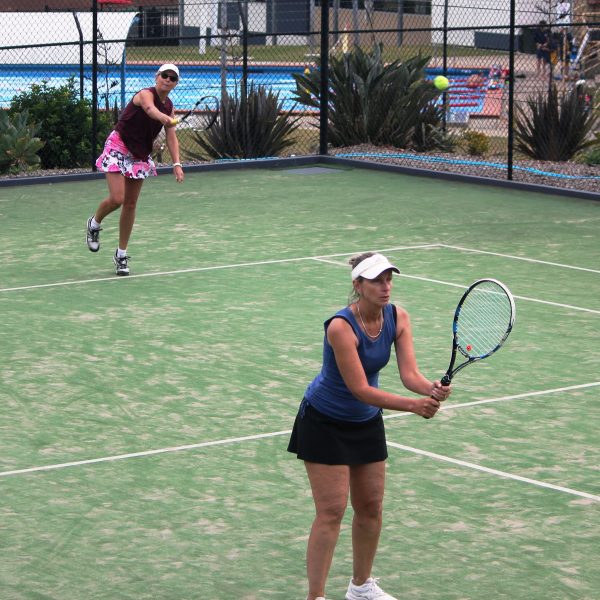 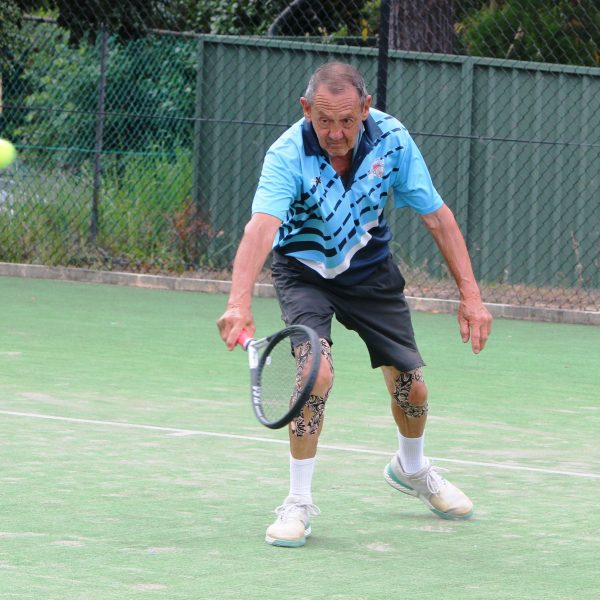