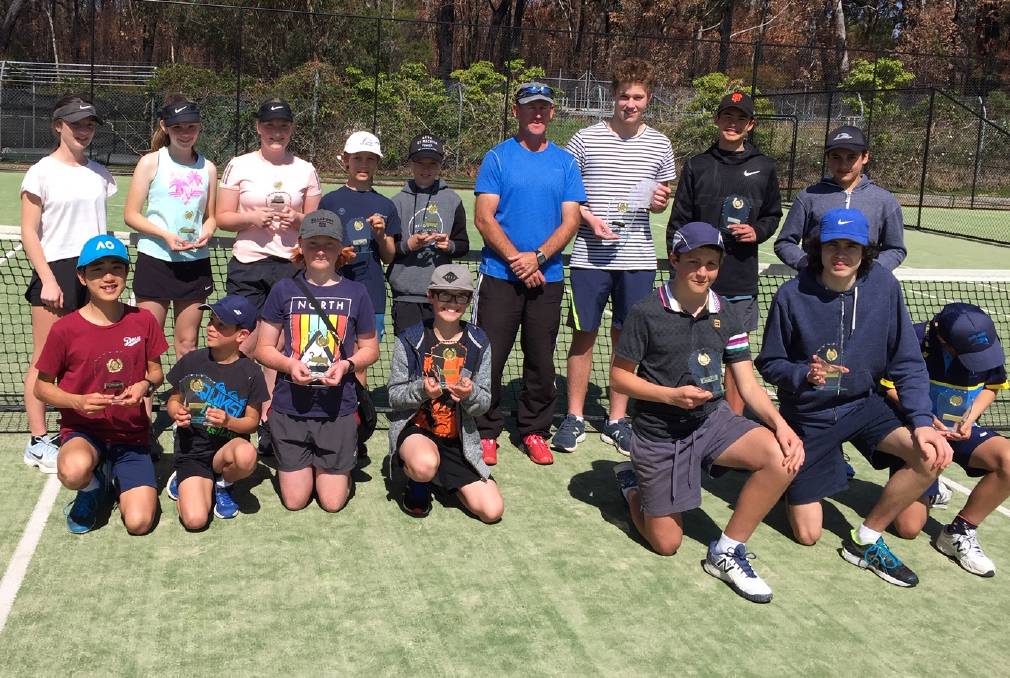 The grand final of the Autumn/Winter competition was held on September 14.
The Division 1 grand final match was between team Anderson – Gabriel Anderson, Reece Manessah and Tom Malligan and team Ogilvy – Ewan Ogilvy, William Hatcher-Nee and Marcus Pepperell. This made for a fantastic match with team Anderson, who came first in the comp, also winning the grand final winning 28 games, defeating team Ogilvy on 20 games.
The Division 2 grand final was between team Lee – Adrian Le, Lucas McDonald, James Horvat and Thomas Tudor-Jones and team Pinches – Tiahna Pinches, Harry Walsh, Anto Newton and Jye McCarron. A great standard of tennis was played, with team Lee winning 40 games over team Pinches with 24 games.
Congratulation to all the players who played in the finals and the competition throughout the year. The quality of the tennis has been noticeably improving and getting stronger every week.
Thanks to Mitch and Michelle from Ulladulla Bakers Delight for your support of the juniors in this competition.