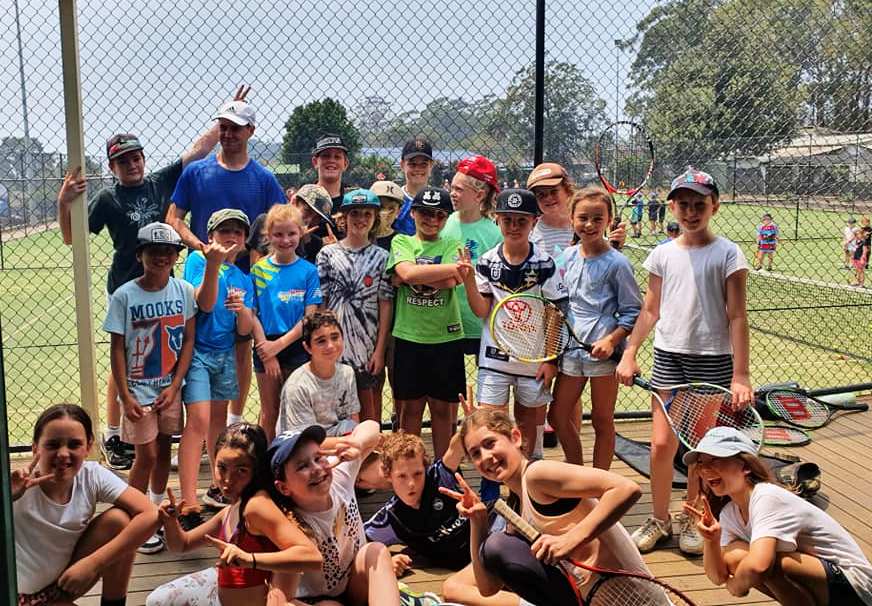 Free clinics for Bushfire Affected Families were a Hit.

The Milton Ulladulla District Tennis Association opened its gates for free in January to give people a sense of normality following the devastating bushfires in our area.
MUDTA  supported the Ulladulla Tennis Academy’s initiative to help local families by offering the recent holiday tennis camp free of charge. Head coach, Kevin Murphy, came up with the idea, allowing the adults to get out without the kids and either help friends in need or attend to any duties or activities they need to undertake themselves, as the community attempts to return to some sort of normality.
More than 100 children attended for free on each of the 4 days saving families over $12,000.
Over 1500 sausages, 60 loaves of bread, 10 watermelons, 200 oranges, 100 apples and 500 ice blocks were proudly provided by the Milton Ulladulla District Tennis Club, and prepared and served by a group of volunteers who kindly donated their time.
Kevin and his team will be running another holiday camp from Monday, January 20 through until Thursday, January 23. The cost of this camp will be $30 per day and will feature all the on-court fun, activities and icy poles of the free camp.
Contact Kevin on 0417359721 to register for these clinics now. 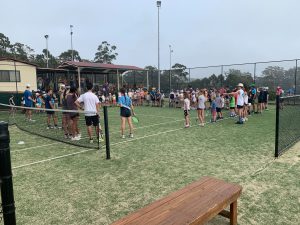 Children assembled at the beginning of the day to be put into ability groups. 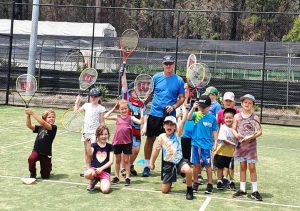 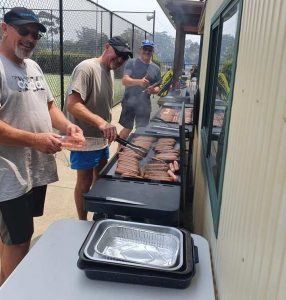 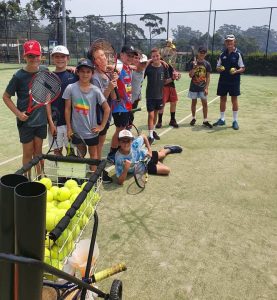