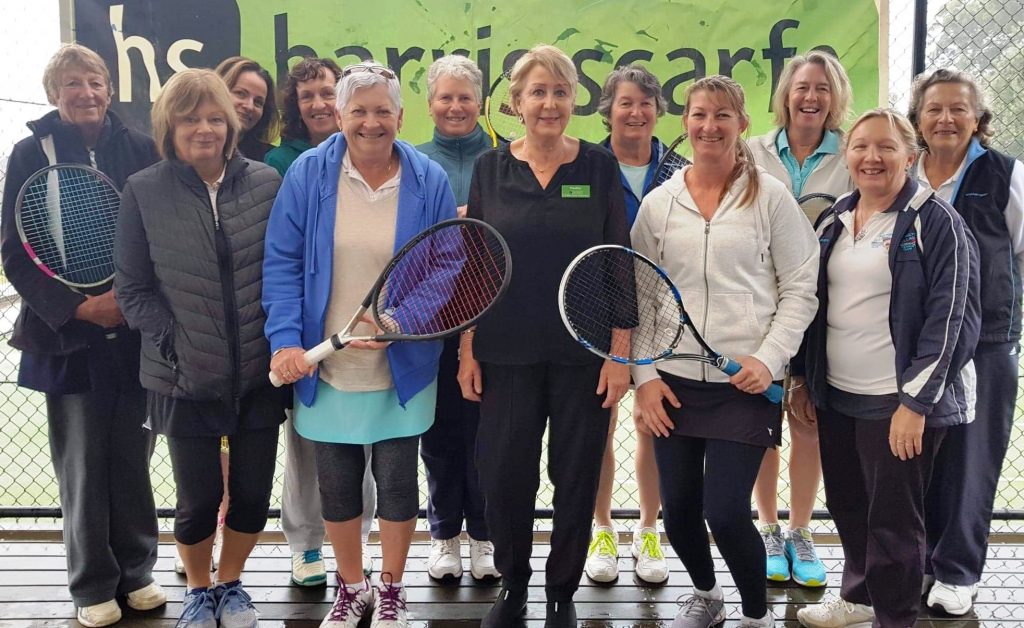 With the closest finals results ever the spectators couldn’t have wished for a better two matches to watch.

In a thriller of a match the winner wasn’t known until the last set was played. Both teams finished with 3 sets each and when the games were added up Maureen, Di and Karin who were ahead by just 1 game.

The division two match also came down to the wire – 3 sets all and only 1 game the difference. Laraine Dunn, Bev King and Jenni Beasley pulled out all stops to defeat the (until then) undefeated team of Kyla Hargreaves, Marg Rasmussen (Cindy filled in) and Marie Hill.

Our wonderful co-ordinator Mary Lou presented all the winners and runners up with gift cards generously donated by our sponsor Harris Scarfe and the selectors chose Di Farmilo and Jennie Beasley for the awards of best sportsmanship throughout the competition.

Mary Lou also recognised the work behind the scenes each week done by Melissa Charles and Jan Shalhoub and her own hard work and dedication was rewarded with a stunning box of assorted fresh seafood.

See the Gallery Section for photos from the day.

Teams are now being planned for the Winter/Spring competitions on Mondays and Thursday nights so any ladies wishing to play or be reserves should contact the organisers as soon as possible – Mary Lou on 4454 2620 for Mondays and Sue on 0448 738 245 for Thursdays. Both comps are needing lots of new players of all abilities so don’t be afraid to have a go in a team or as a reserve.