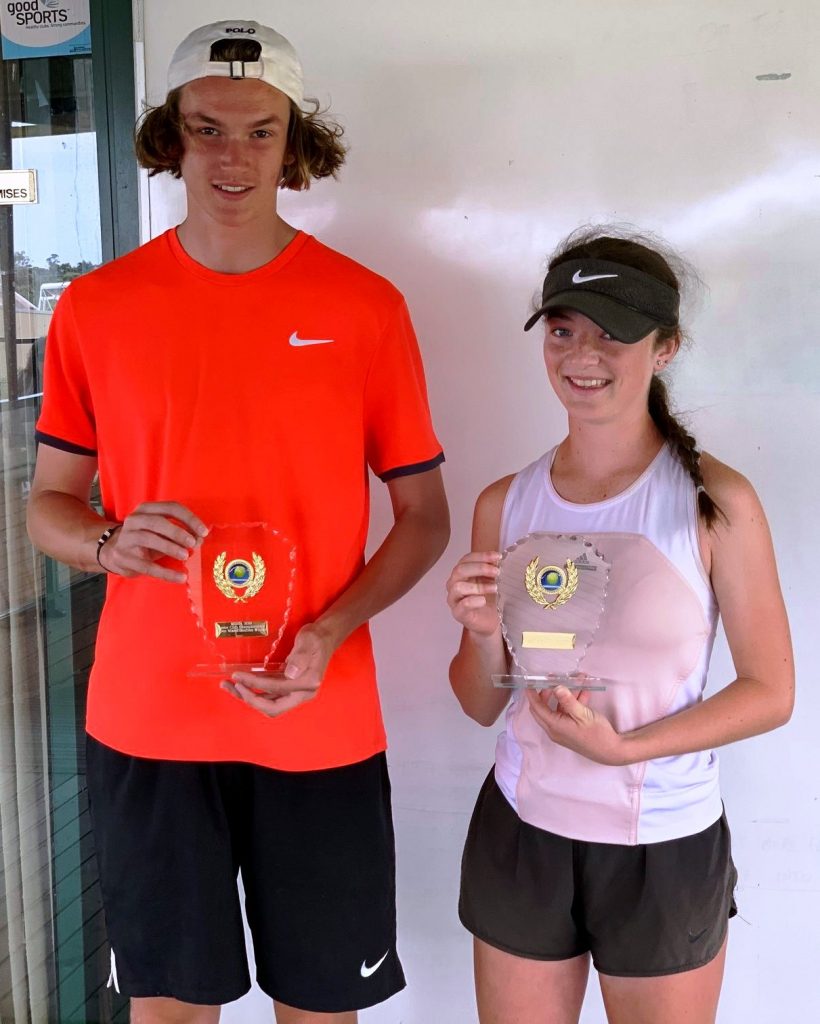 The Milton Ulladulla District Junior Tennis Club Championships were held on the 16th of November with the closeness of results being a feature over all the events.

Natasha Phillips-Edgar won the Open Girls Singles and partnered with Emily Upsall to win the Doubles. Keitara Matthews was second in both events partnering with Charlie Stanton.

The Hatcher-Nee brothers, Will and Tom combined to win the Open Doubles with Tyrone Matthews and Isaiah Lewis taking the runners up trophy.

In the Division 2 Boys Singles just 5 games separated the top five with Harry Walsh winning the event from Lucas McDonald whilst Thomas Tudor-Jones and Jye Symonds won the doubles from Harry Walsh and Zach Wells.

Natasha Phillips-Edgar and Sean Donald won the Mixed Doubles from the Matthews siblings Tyrone and Keitara.

Photos from the event can be viewed in the Gallery section of the website.