Home General Reece has a Ball at the Sydney International 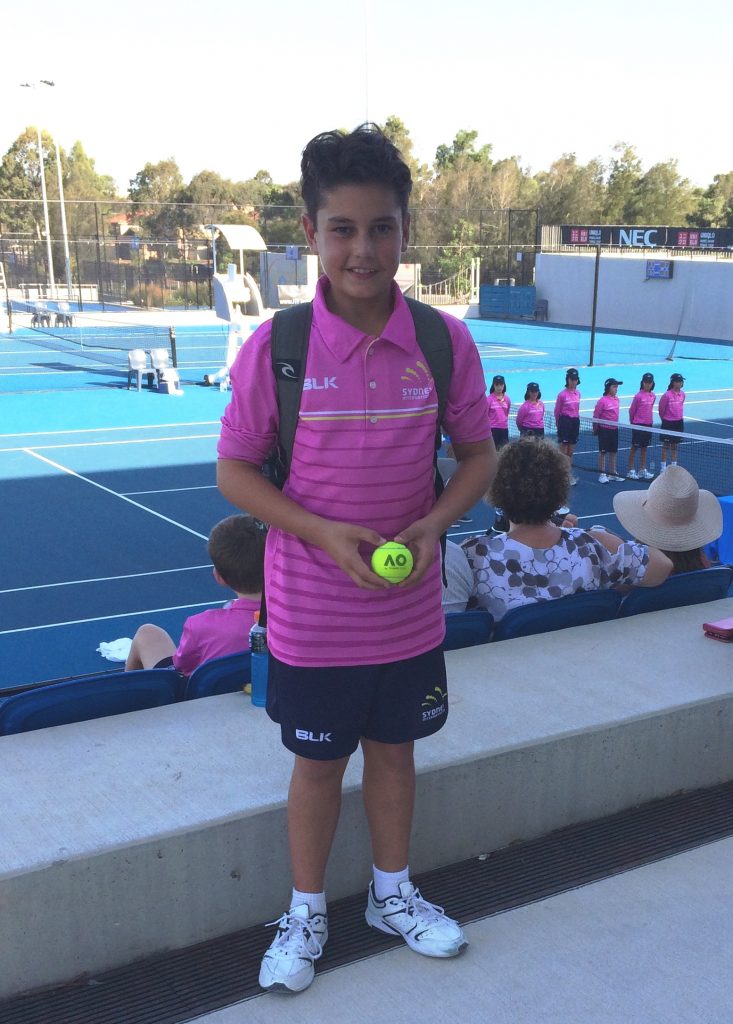 Reece has a Ball at the Sydney International

Local junior player Reece Manasseh spent ten days in Sydney volunteering as a ball kid at the Sydney International tournament in January where he met Sam Stosur, Jordan Thompson and wheelchair Paralympic tennis champion Dylan Alcott.
Reece, who turned 12 in July 2017, has been a member of the Milton Ulladulla District Tennis Association since he started playing in the Saturday morning competition in 2014. He started to play at age 7 and has had coaching ever since to keep improving his skills.
After volunteering to be a ball boy for the South Pacific Open in Ulladulla in 2015 and 2016 Reece was very keen in August last year to try out for the Sydney ballkids squad in Ulladulla.
The selectors look for kids who are eager to learn, responsible, hardworking, prepared to play their part in a well-oiled team and have good hand eye co-ordination and Reece satisfied all the criteria and was chosen to train along with others from all over New South Wales. He travelled to Sydney 3 times including training sessions in Blacktown.
At the  Sydney International for 8 days straight Reece spent nearly  one hour on court and one hour off, although when things get really hot those ‘shifts’ drop to 45 minutes. He was mainly helping on court 3 but during his match on court 1 which was on TV,   he had to leave the court due to the heat (47 degrees).
Despite all the hard work Reece said “I would love to do it again next year and try out for the Australian Open in 2019.
“The things I enjoyed the most was meeting the players and seeing them in person, especially Sam Stosur.  It was also good to make friends with the other ballkids.”